Category
Location
Style
Colour
Back to search results
Get your weekly dose of wedding inspiration, delivered.
Tell me more
Welcome to the all new Bride.com.au. Whether you're freshly engaged, or putting the finishing touches on your big day you better brace yourself for a whole lot of wedding inspiration. We've got celebrity weddings and ceremony ideas, thousands of pictures of dresses (to help you find the one), and heaps of real life weddings to borrow ideas from.

Find what you need using the drop down menus, or search. And when you find what you need (you will) you can click the star and save to favourites. Plus, we'll send the cream of the crop straight to your inbox. Awesome.
Nice one. You're all done. 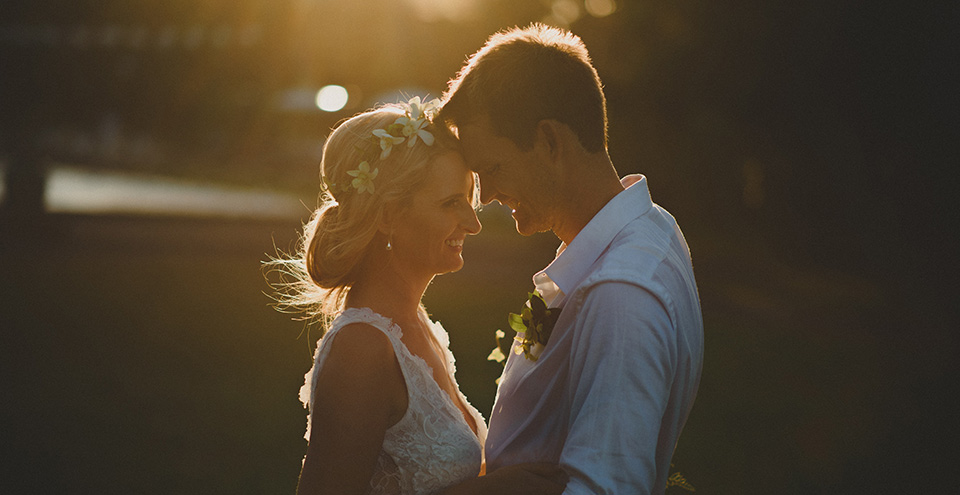 So it only made sense that they chose the tropical Indonesian island for their wedding too!
Anna and Kerin met by chance in Townsville. "Kerin had moved to Australia from Zimbabwe and I had just moved to Townsville to escape the cold in Melbourne," remembers the bride. "We met down at the beach on a rainy day and the rest is history." Even though the couple were planning a destination wedding, they found the process stress-free. "Getting married overseas was both good and bad. It was good in the sense that we didn't get too hung up on things as we couldn't see them or meet with people. This was also a downfall though, as we couldn't see locations, flowers or meet celebrants until the wedding," Anna explains. "It was a surprise on the day. We did have a wedding planner who organised things for us so we just put our trust in her."

The theme of Anna and Kerin's big day was beachy, boho and barefoot. "We wanted a casual day," says Anna. "I think sometimes brides can get too hung up about little things but at the end of the day if you and your future husband are there with some of your favourite people, then it's going to be great. Our main aim was for people to have fun." Anna and Kerin were officially hitched with a casual ceremony in which their celebrant shared the story of how the couple met and what they love about one another. Their alfresco reception was equally relaxed. "It was all outdoors and it didn't rain, which was great! We were seated under a big beautiful Balinese statue and there was a lit-up pool with fountains in front of us." 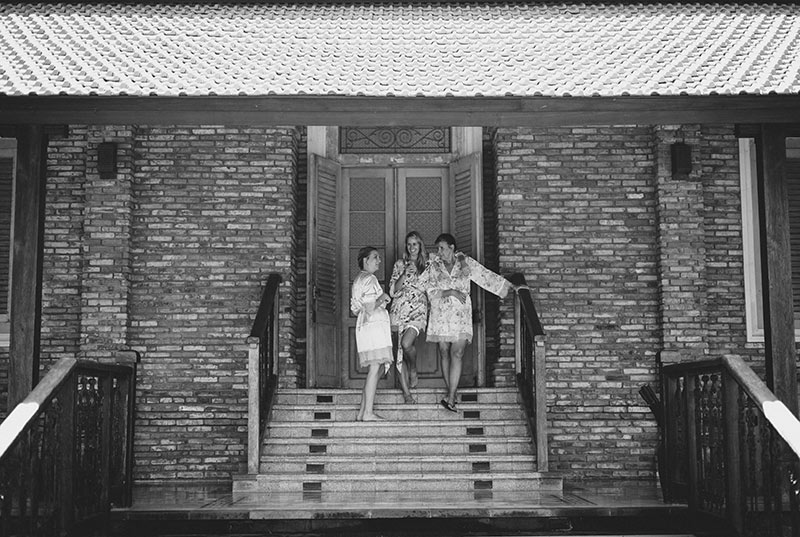 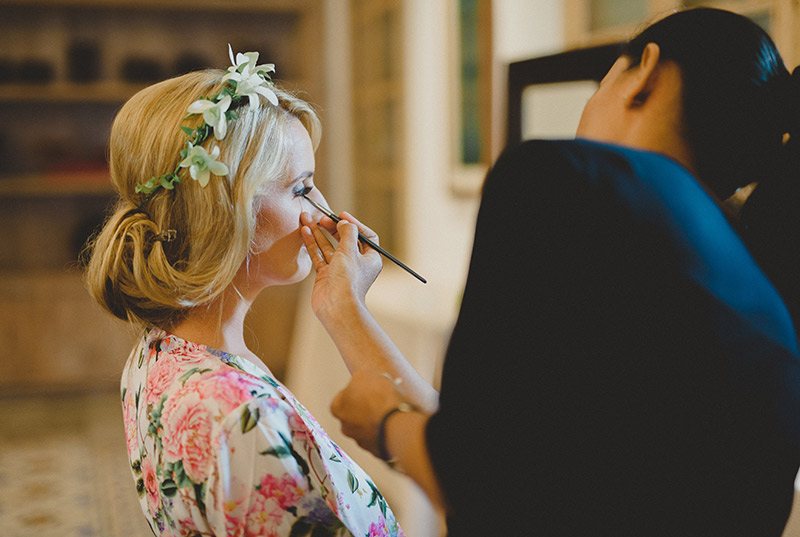 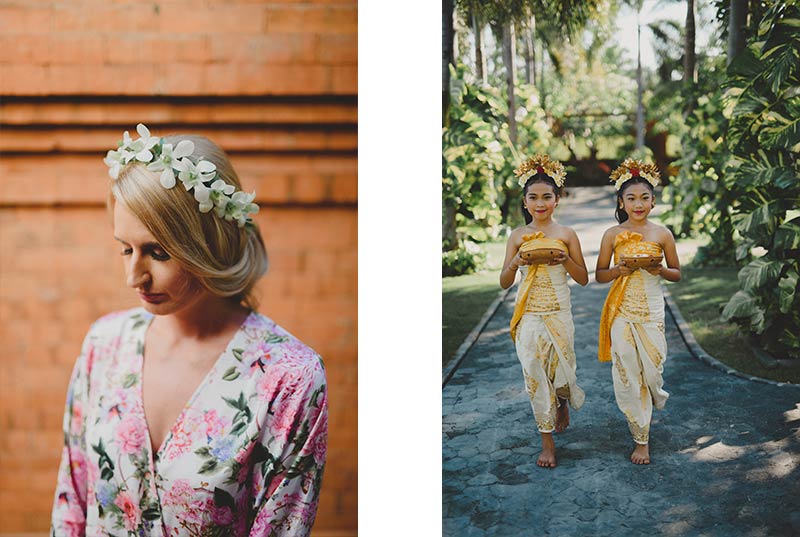 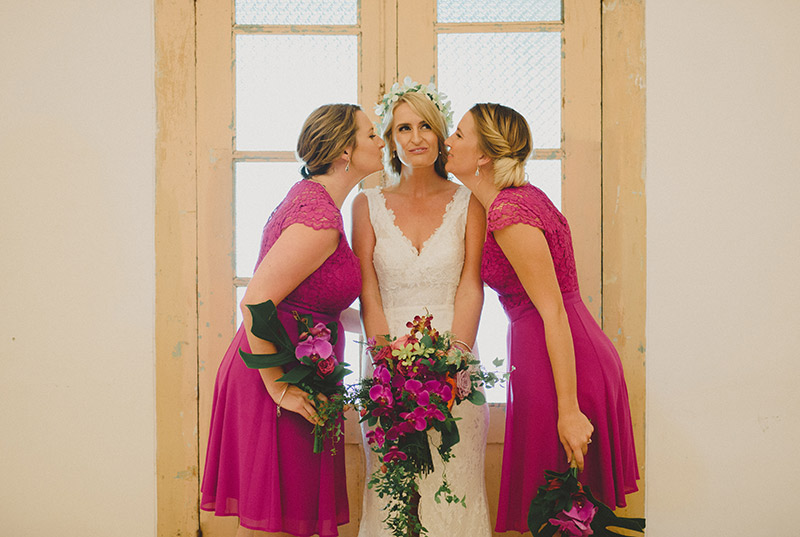 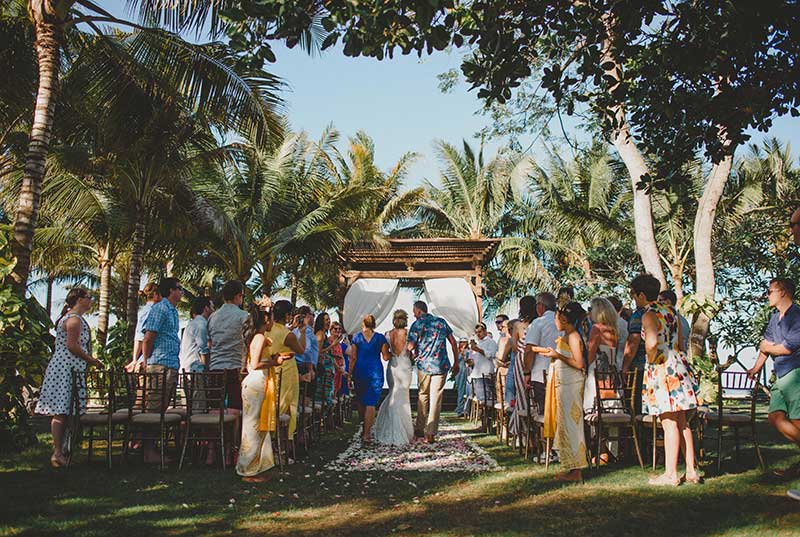 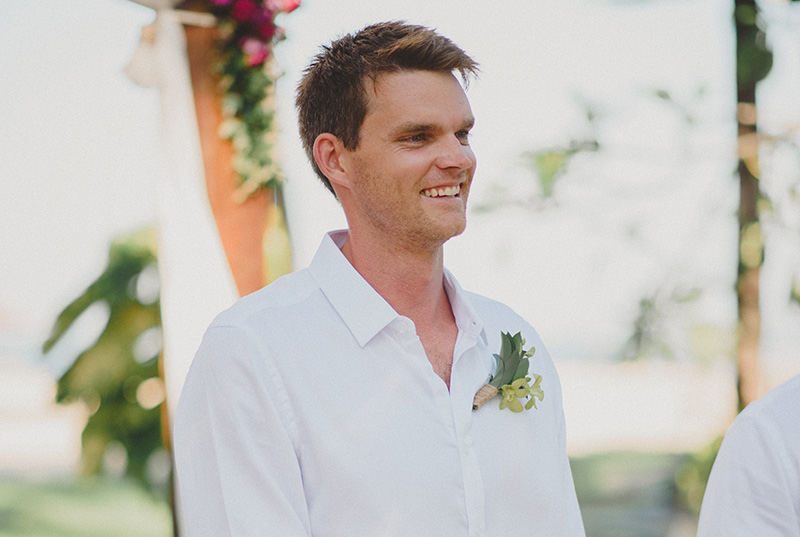 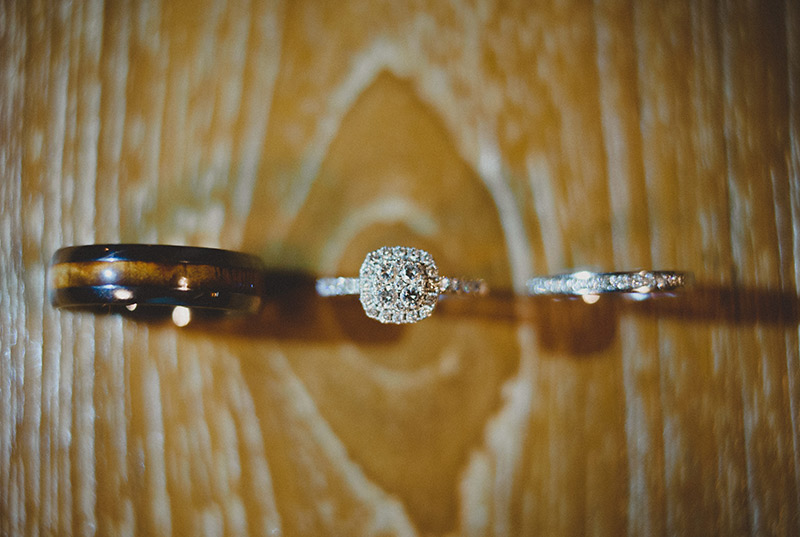 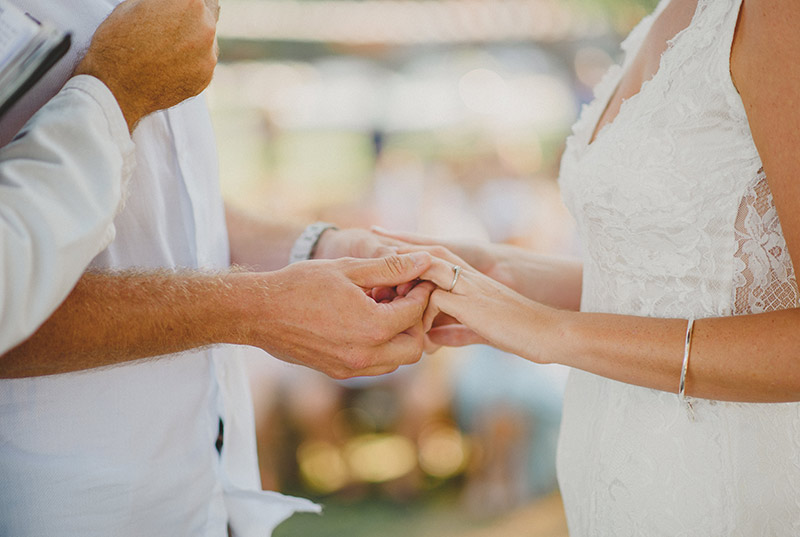 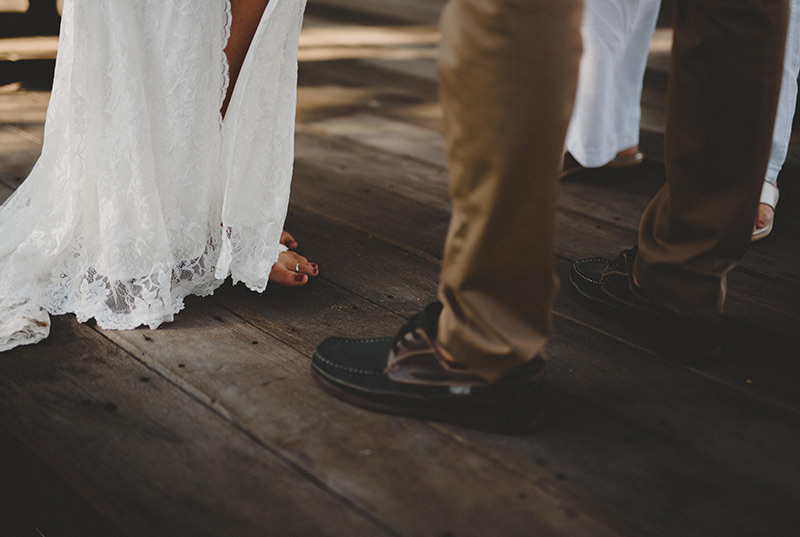 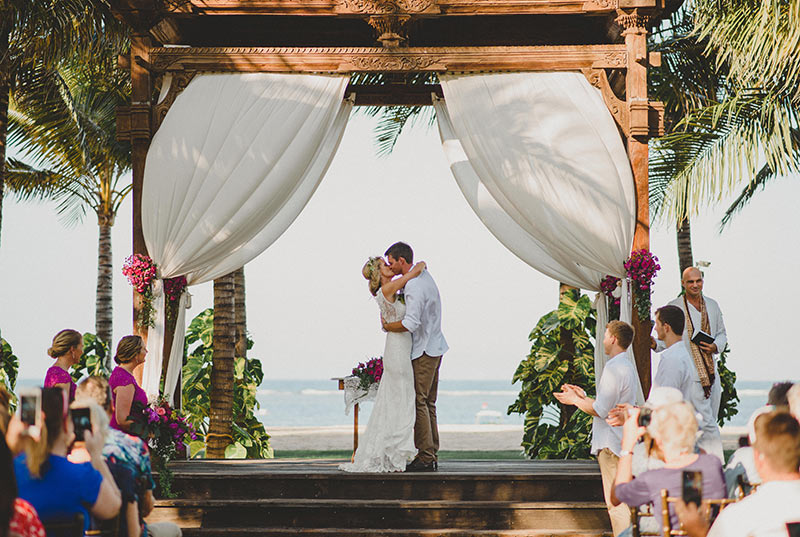 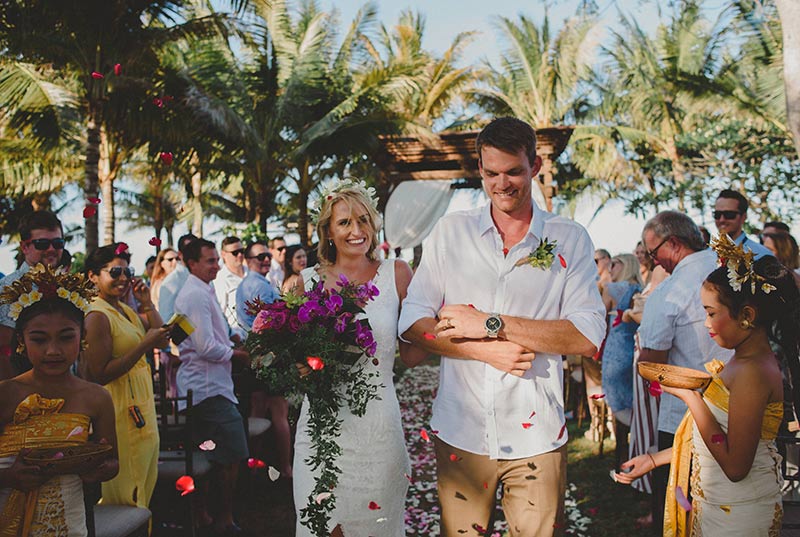 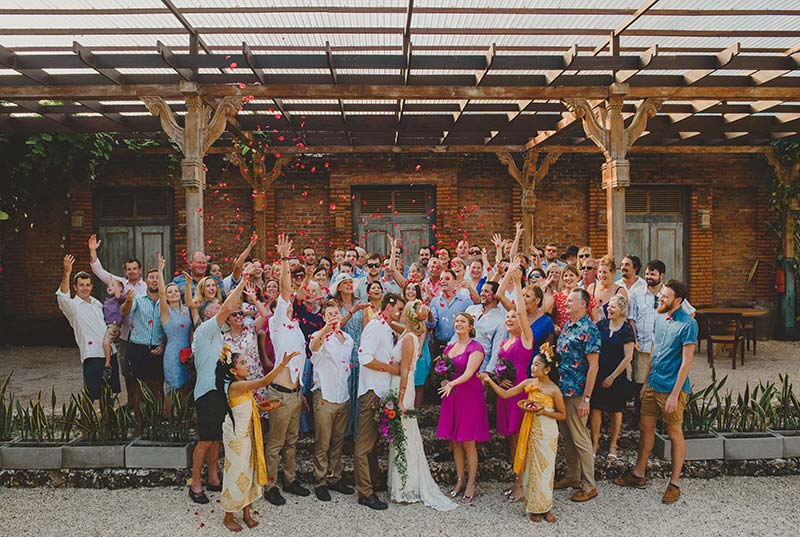 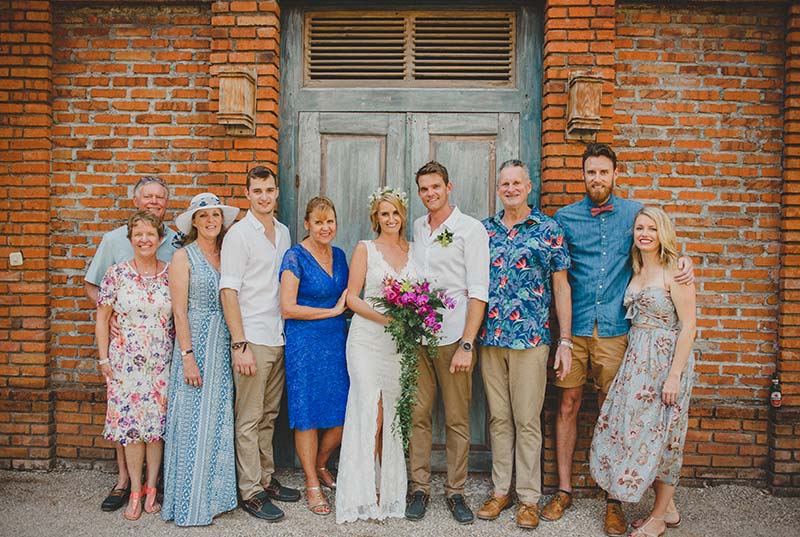 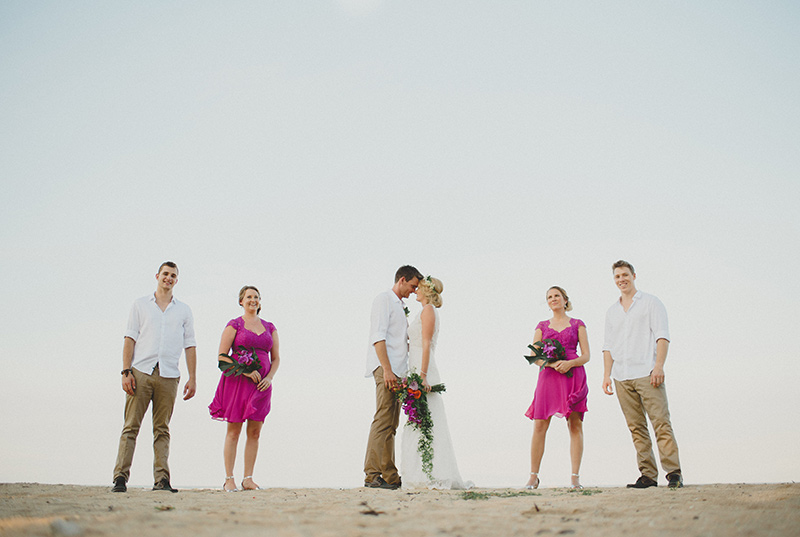 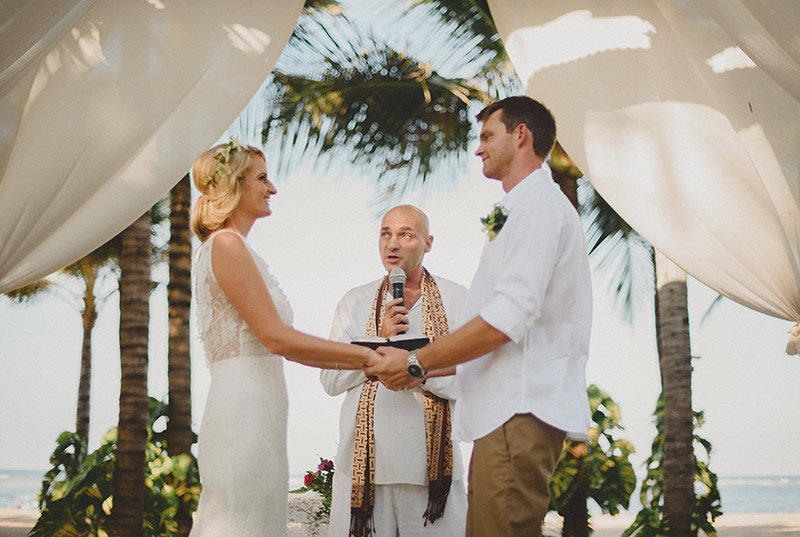 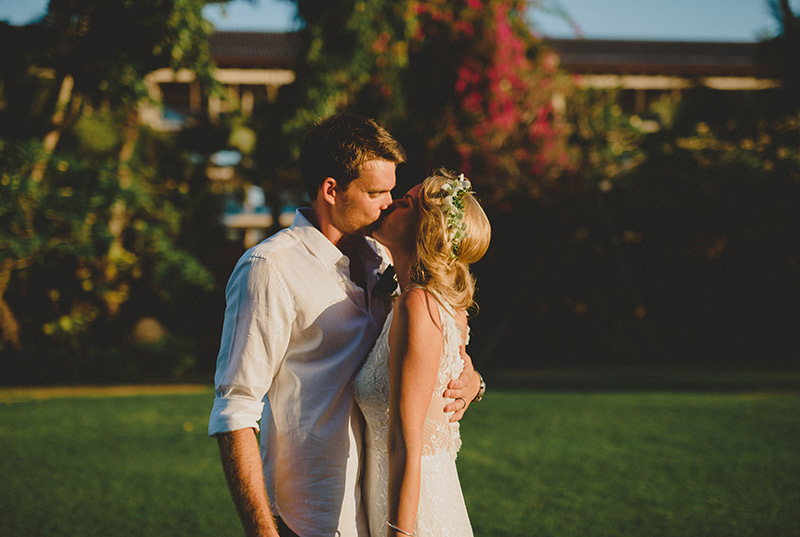 You might also like...
These high-school sweethearts tied the knot on a beach in Fiji. Sigh
Hilary and Mike's destination wedding. 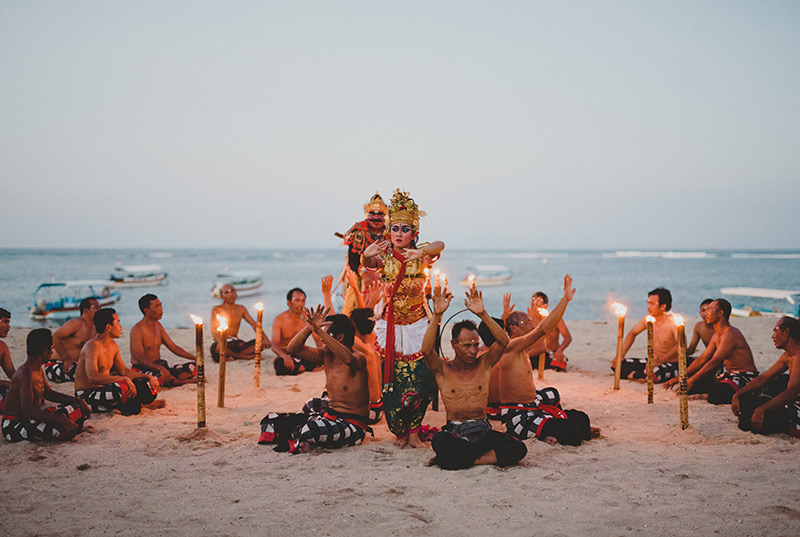 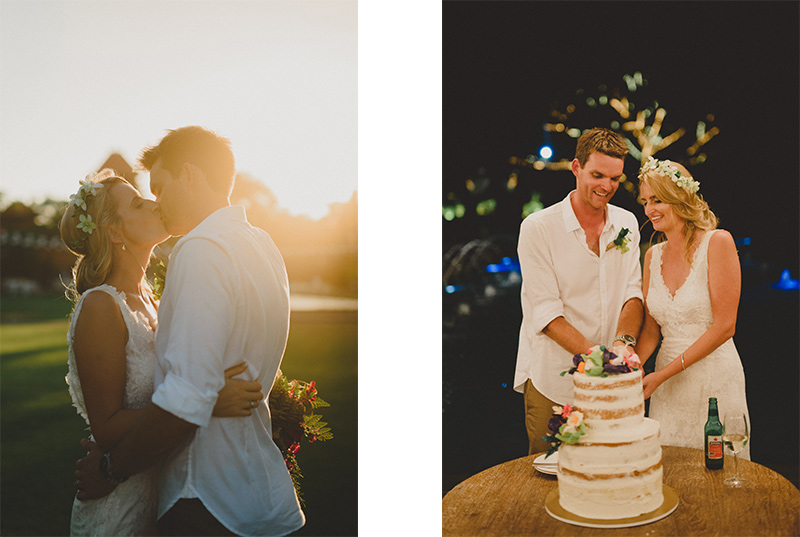 By Steph Mikkelsen
Steph is a content producer and not-so-secret reality wedding show addict. Her dream dress changes weekly (she blames Say Yes to the Dress), and at a reception Steph can be found loitering by the dessert buffet.
Other articles you might like
Most popular on bride
01. The wedding rules you CAN break
02. The 6 questions about wedding etiquette every bride wants answered
03. Wedding night confessions: we asked, married couples told.
04. 11 exclusive-hire venues to make your wedding #superfancy
05. 12 essential 'accessories' for the best hen's night ever
06. 4 desserts for couples who aren't into wedding cake
Are you looking for wedding inspiration?
Twitter
All the wedding news (and goss) you need. Breaking.
Follow us
Facebook
Let's make it Facebook official.
Like us
Pinterest
"I don't have a wedding board on Pinterest", said no bride ever.
Start pinning
Google +
Let Bride be your plus one!
Follow us
Instagram
All of the #dreamwedding photos in one place.
Follow us
Wake up to dream weddings with our newsletter